Why the NYC Marathon is Better than Boston

If you wanted to run the New York City Marathon this year, well, that ship sailed a long time ago. But maybe you watched this year’s running and wonder if it’s something you would like to do some year, too!

However, there’s also that other big marathon that’s not so far away. The Boston Marathon is definitely older than New York City’s. It also seems to get more general attention, too. Is it worth making the trek?

But if we’re down to choosing only the Boston Marathon or only the New York City Marathon, the Big Apple has some great advantages you might want to consider.

Like we said, we’ll cheer you on no matter what marathon you choose to run, but here are some categories in which we feel New York City excels. 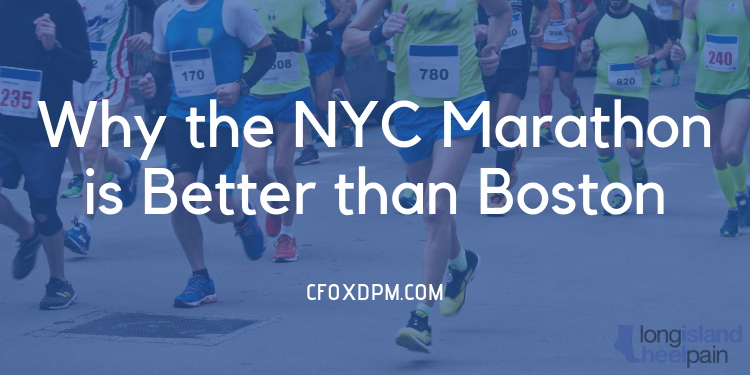 Looking at the past 10 years of marathons between New York City and Boston, there is a much more consistent temperature record in New York City. The range in New York has been from 44 degrees to 62, whereas Boston has ranged from 35 degrees all the way up to 87!

The New York City Marathon might take place approaching winter as opposed to the springtime of April, but at least you can be more assured of what you’ll need to prepare for. General weather conditions the past 10 years have been more favorable, too, with only clouds in the sky as opposed to rain some years in Boston.

The Boston Marathon has some high-level requirements for qualifying, and you will have had to run certified marathons within those expert times to make it into the big event (unless you participate in and fundraise through a charity program).

The New York City Marathon, on the other hand, provides additional opportunities to participate. You can qualify on time during certain New York Road Runners marathons and half-marathons, you can perform volunteer and fundraising work, or you can simply put your name into a lottery and get selected that way!

The lottery odds are about 15-17 percent, which is not good, but not terrible. You don’t have to pay a thing to throw your name in, either.

What this all means is that you’ll find a lot of people for whom the New York City Marathon is their first marathon ever. That’s quite a debut! Also, in general, it is well known in New York that there are plenty of people taking on a full marathon for the first time, and there are lots of people willing to cheer them on to the finish line—no matter what time they get there!

And speaking of cheering…

The New York Marathon provides a trip through the boroughs, providing a great sampling of spirit throughout the city. And boy, does it come out in force!

Expect to get a wholehearted welcome to each borough you pass through and cheered on from all manner of song and dance. It’s a celebration as diverse as the city itself! Put your name on your bib and you’re also guaranteed to get personal encouragement (although this isn’t rare at many marathons).

Whereas the cheering energy can become desolate at points along certain runs, the New York City Marathon only tends to get strangely silent across the Queensborough Bridge. Once you’re off that, however, it’s back to the cheers!

Sure, there’s elite talent at the New York City Marathon, but the people who are striving just to finish are treated like superstars, too. 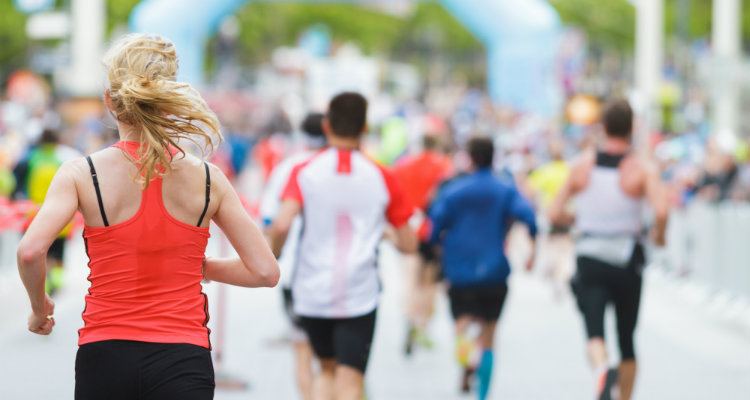 They Celebrate You after the Race, too!

From wherever you stumble the evening after the race to all of Monday afterward, the people of New York are going to congratulate you!

Wearing your medal the Monday after the marathon is not bragging; it’s tradition! Expect applause when walking into restaurants and kind words from people on the street.

“Marathon Monday” also has its own little perks. You can also pick up that day’s issue of the New York Times, featuring the names and times of the first 35,000 finishers. You can also get your medal engraved for free!

You’re Closer to Us!

Massapequa Podiatry Associates is here to support all runners. We want you to achieve your goals as effectively as you can, without having to deal with sports injuries or the longer recovery times that can come with them.

We can help you plan a running program that will reduce your risk of overuse injuries such as stress fractures and plantar fasciitis. We can also recommend the best stretches and warm-ups to better prepare your feet and supporting parts, as well as custom orthotics to redistribute excess weight and forces away from problem areas.

And if you do happen to run into problems on the journey to your personal bests, we have both time-tested and cutting edge treatments to get you back out there as quickly and as safely as possible.

If you have ambitions of running the New York City Marathon (or yes, even Boston), give us a call at (516) 541-9000. We’ll be happy to keep your feet and ankles in top form! You can also reach us with any questions you might have by filling out our online contact form.

Contact our Massapequa podiatry office today for help with your foot and heel pain.